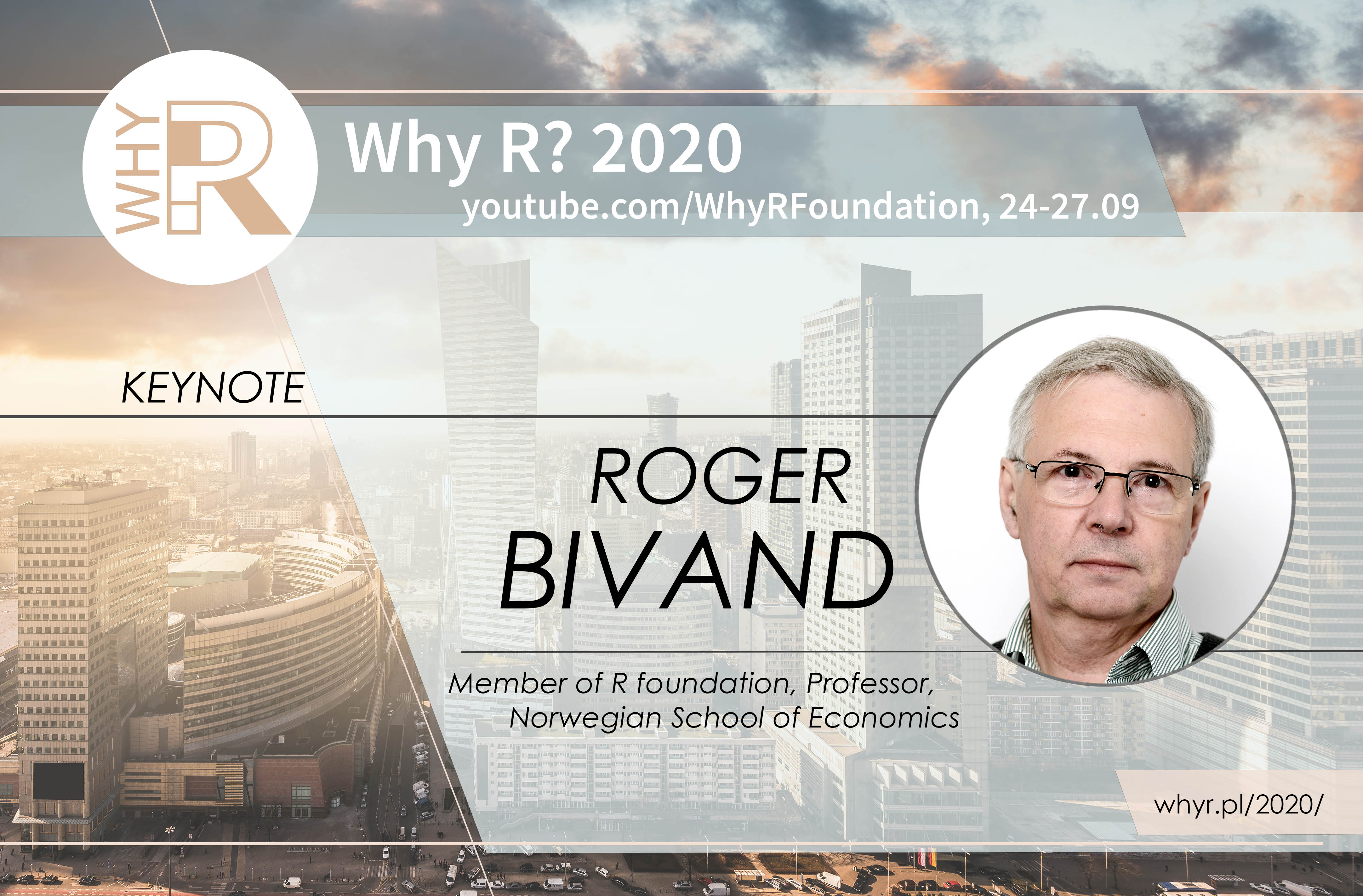 A month ago we finished Why R? 2020 conference. We had an pleasure to host Roger Bivand, a professor at Norwegian School of Economics and Member of R Foundation. This post contains a biography of the speaker and an abstract of his talk: Applied Spatial Data Analysis with R - retrospect and prospect.

When we began over 20 years ago, spatial data was usually found in proprietary software, usually geographical information systems, and most positional data was very hard to acquire. Statistics for spatial data existed, but largely without convenient access to positional data. Using S-Plus with ArcView (or GRASS) was popular, but costly; for teaching and field research, R and open source geospatial applications and software libraries provided a feasible alternative. Starting from writing classes for spatial data in R in 2003, we first used the classes in our own analysis packages; our book first appeared in 2008. At that time, a handful of packages used these classes, but now the R spatial cluster of CRAN packages using spatial classes is almost 900 strong. This places a burden of responsibility on us, to juggle the needs of these packages against the advances in crucial geospatial libraries and changes in industry standards for representing positional data. The early insights into why statistics for spatial (and spatio-temporal) data are challenging remain equally valid today; more data are available, but spatial patterning and scale remain interesting problems.

Roger Bivand, an active R user and contributor since 1997, is a professor at Norwegian School of Economics. Roger has contributed to and led the development of several of the core R packages for spatial analysis, including rgdal, sp, sf and maptools. His contributions helped in advancing the status of R as the tool for spatial statistics. His involvement in the open software community is exemplified by his participation in the work of R Foundation, and as editor of the R Journal 2015-2018. Roger’s passion for spatial analysis resulted not only in numerous scientific publications, but also in the authorship of the Applied Spatial Data Analysis with R book (https://asdar-book.org/) and the winner of the OpenGeoHub Life Achievement award.