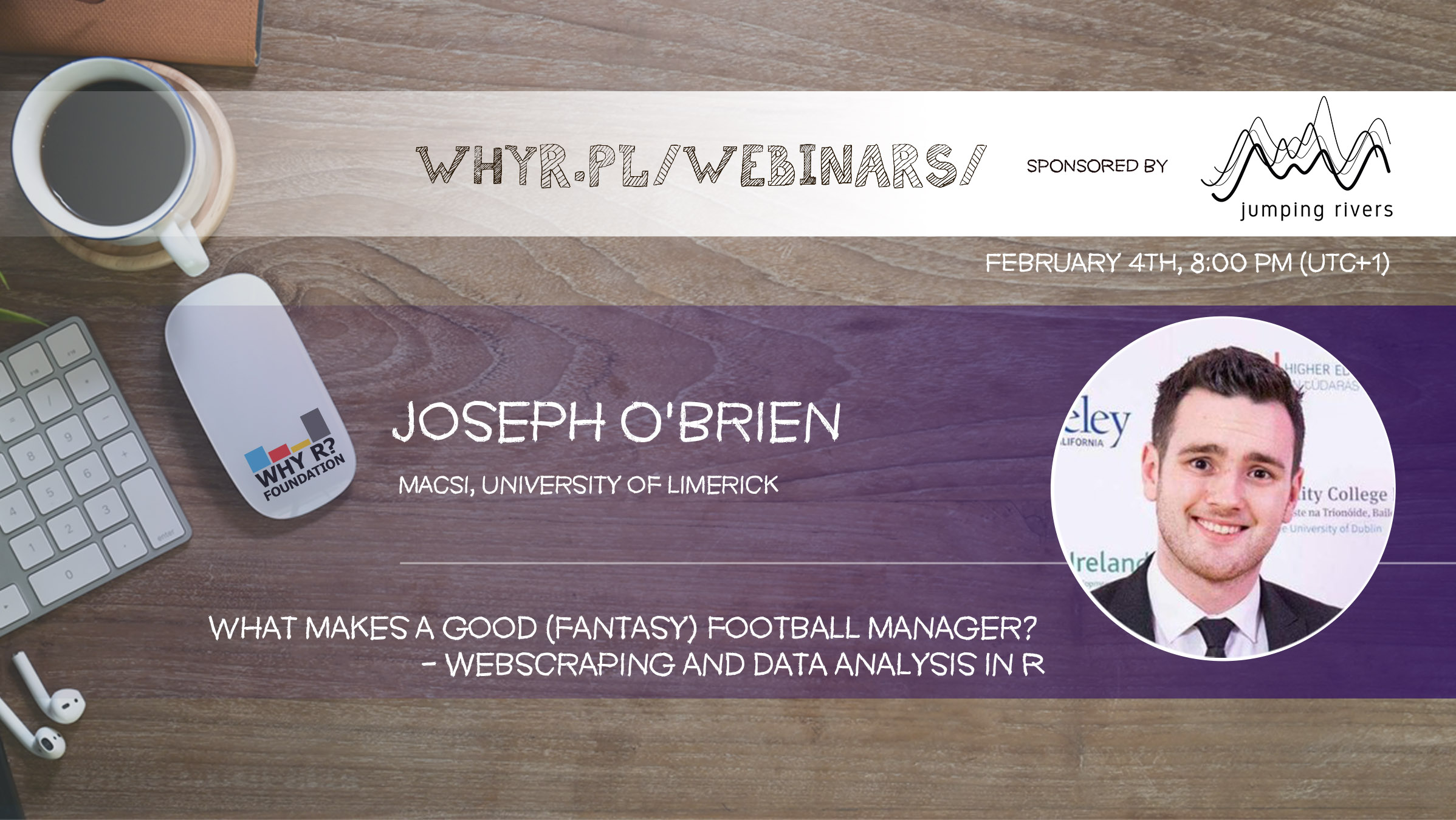 On Thursday, February 4th at 7 pm UTC, as part of the Why R? Webinar series, we have the honour to host Joseph O’Brien from the University of Limerick. He will be sharing R techniques to parse data via web scraping procedures using a Fantasy Premiere League game to illustrate it.

Check out our other events on this webinars series. To watch previous episodes check out the WhyR YouTube channel and make sure to subscribe!

Looking for more R news? Subscribe to our newsletter and stay updated on our events, and the most relevant news about our beloved open source programming language.

Finally, if you enjoy our content and would like support, donate to the WhyR foundation. We are a volunteer-run non-profit organisation and appreciate your contribution to continue to fulfil our mission.

Arising from the desire for spectators of sporting contests to obtain more enjoyment, Fantasy sports have become increasing popular in recent years. These sports involve competitors to create virtual teams that score points based upon the statistical performances of the physical athletes. Given the virtual structure of these contests there exists an array of data regarding competitor actions available online as a result of their digital traces. In this talk we will look at some techniques within the R programming language that may be used to parse this data via web scraping procedures. We will then describe one such example study focussing specifically on the Fantasy Premier League, the fantasy equivalent of the top division within English soccer. In particular, we will consider visual techniques from the Tidyverse suite of packages that allow a descriptive story regarding the science of success behind those competitors who perform well in the game to be developed.

This event is part of a series sponsored by Jumping Rivers. For more information, check out the JR and WhyR partnership announcement.